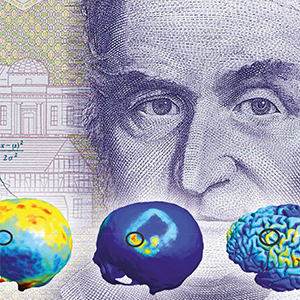 Göttingen is a university town in Lower Saxony, Germany. The origins of Göttingen lay in a village called Gutingi. This village was first mentioned in a document in 953. The city was founded between 1150 and 1200 to the northwest of this village and adopted its name. In medieval times the city was a member of the Hanseatic League and hence a wealthy town.

Today, Göttingen is famous for its old university (Georgia Augusta, or "Georg-August-Universität"), which was founded in 1737 and became the most visited university of Europe. Some of the most famous mathematicians in history, Carl Friedrich Gauss, Bernhard Riemann and David Hilbert, were professors in Göttingen.

The cultural heritage of the university town Göttingen has been influenced by scientists, scholars, Nobel-prize winners and creative artists who have left their visible marks in the town.

The historical city centre, enclosed by the remains of the mediaeval town wall, is home to magnificent churches and half – timbered houses dating from the 14th to the 18th century. Most of today's urban life takes place within the old town walls. Göttingen is known for its short distances between all places of interest.

Göttingen’s landmark is the "Gänseliesel" on the fountain at the market square in front of the Old Town Hall. This art nouveau statue figures a girl herding geese. It is a tradition that all new doctoral graduates from the University kiss the cheeks of the statue after passing their examination. This makes her " the most kissed girl in the world".

The rich cultural life of Göttingen, with theatres, orchestras, museums and large events evokes interest well beyond the city boundaries. Visitors appreciate Göttingen’s accessibility by road or train and the cosmopolitan atmosphere of this lively city, created by students and people from all over the world alike.